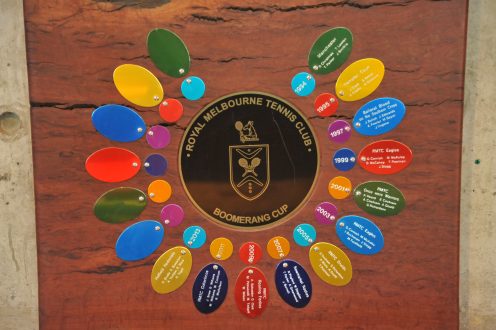 Hundreds of tennis players from around the world descend on the Club for two weeks of competition and social activities. Many international players stay at the homes of members.

It's a big commitment for the Club and the players, but all who enter find it to be a memorable and entertaining experience. 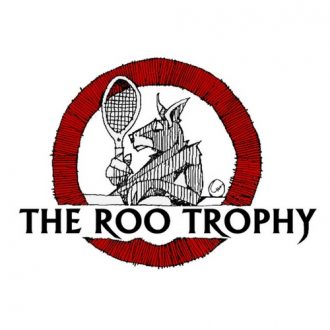 The Roo Trophy is a handicap singles and doubles tournament held in the alternate year to the Boomerang. The Roo Trophy attracts players of all ages and handicaps. The format ensures everyone plays plenty of tennis over the 8 days of the tournament in January.

This tournament attracts overseas and interstate players and has built a strong reputation as an enjoyable and highly competitive event.

Throughout the year there are a range of competitions specifically for Women players. Check out the Tennis Calendar for details:

Check out the Tennis Calendar for details:

Throughout the year there are a range of competitions and clinics specifically for junior Members. Check out the Tennis Calendar for details:

The Club holds regular graded pennant competitions, played off handicap, during the year. There are four pennant grades (A through D, which provides for every level of player).

Throughout the year there are a range of competitions against local, regional and interstate clubs. Check out the Tennis Calendar for details: