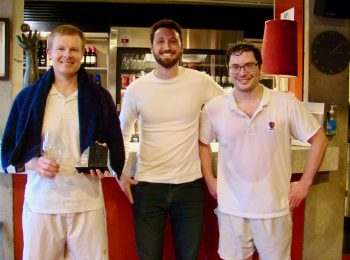 Congratulations to Chris Chapman who won the 2021 Richmond Silver Racket.

The tournament started with the First Friday of the Month where members were treated to some excellent tennis alongside fine wines and a delicious dinner prepared by Lizzie Brown and Jo Atkinson.

The blue grass crunched underfoot as I made my way towards the door of the tennis club. It was an ungodly hour of the morning (before ten on a Saturday, that is), and I was about to play in the first match of the Richmond Cup. Opening up the door, I was greeted by Jonners... 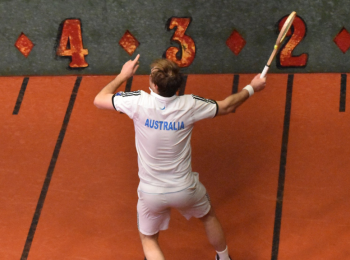 I am pleased to inform you that the Club will reopen from 6am Friday 18 June. 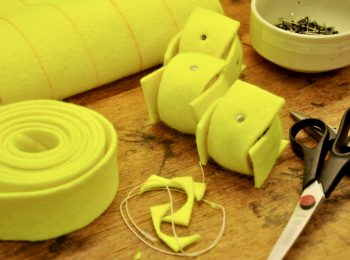 Following the Victorian Government's announcement today imposing further restrictions, the Club will be closed from midnight tonight (Thursday 27 May 2021) until further notice.

We may be able to reopen from next Friday 4 June, but we must wait on Government advice.

I will keep you informed of any changes as soon as information comes to hand. 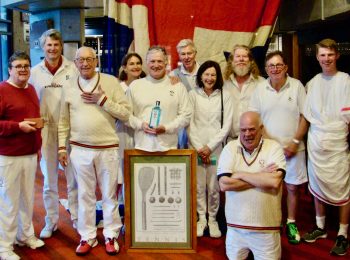 At 7am last Friday, royalists and republicans alike celebrated the time when queens were queens and played at least three doubles matches, each match with different partners.

Half bisques for each pairing on alternative games had to be loudly claimed by the exclamation “God Save the Queen” - loud enough to be heard over the stirring British martial band music being played on court. 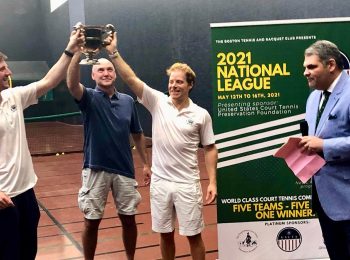 Filter News from across the Club, and real tennis community 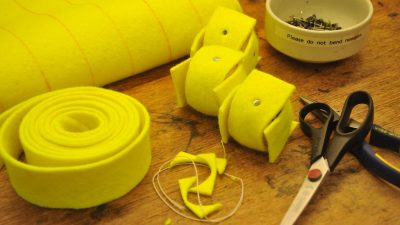 Please click on the link below and enter your details, to subscribe to the RMTC Weekly News Email.

You can cancel your subscription at any time, by using the link found at the bottom of every email.